Tom cat? I think not!

Yesterday a friend turned up with a cat-trap to catch the cat we call "Bastard Cat".   I've blogged about the sod before, he's the one who sprays in our house and bails up our kitties in the garage.  She set the cage up and showed me how to reset it for just in case a cat we weren't after went in, put some food in there and then left.   He didn't turn up all day, but we've been busy around the section and garage so that wasn't a surprise.
This morning I went out and could immediately see the cage had been set off and was really hoping it was him and not the resident hedgie.   Lifted the cover and I was immediately very happy! 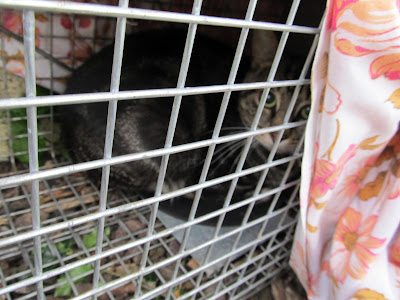 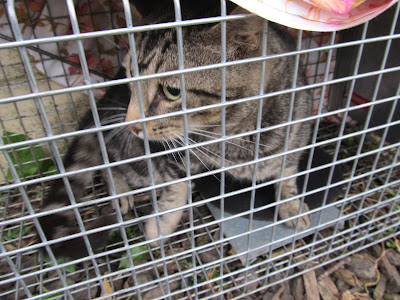 As you can see he's a handsome beast, just not very nice if he gets inside.   He was not happy, growling was coming from the cage, and if he knew what was going to happen he'd be even less happy!   Tonight or tomorrow he'll be losing his balls and will no longer be the Tom Cat of the area.   If we're lucky he'll have a microchip and can be sent back home, if not he'll be released here but should be a lot less bolshy.   I am really, really happy!

Onto other news, we've got a fair bit of stuff out of the garage, most of what's left is not stuff that we'd weep over if it went.   I've put up a bunch of tarps this morning to help protect what is now on the deck and in the kids hut. 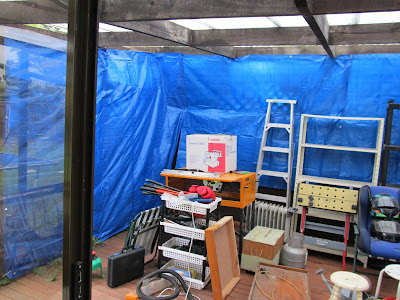 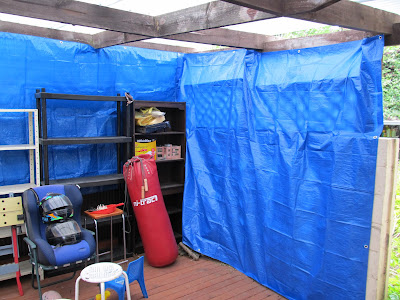 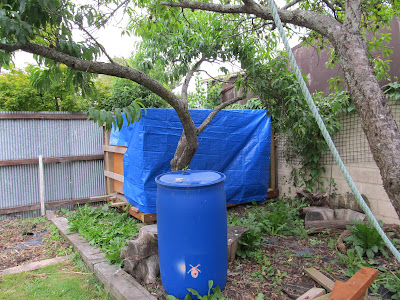 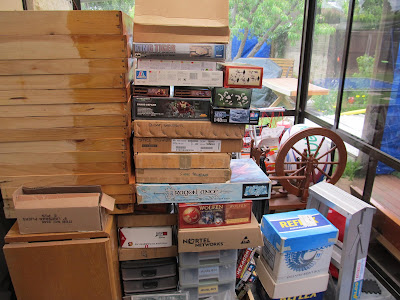 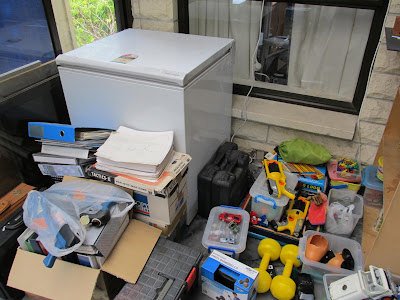 We have an aisle to walk through to get to the deck, but this wasn't quite what I had in mind when I tidied the conservatory initially.    At this point we haven't heard from the insurance company about storage, nor from EQC/Fletchers about a date for the garage to be pulled down.   I've heard that garage companies are taking a year or more to build atm and I'm really hoping it doesn't take that long for us; having all this stuff around with an autistic child is not what I'd call ideal.

On the knitting front, not a lot been happening due to all of the above, plus the colonoscopy, but I have stopped work on my Central Park Hoodie for a short bit and cast on another sock.   No photos yet, but I'm about 5 rows from the toe increases being complete.    It's Mandorla from the Vintage Purls sock club a couple of years back, using the yarn that was dyed for the pattern; really liking it so far but yet to decide if it's for me or Thomas.   Luckily there's a wee while to make the decision, but I know Thomas would love more handknit socks, so......
Posted by Rachelle at 1:57 PM