I popped 3 items on Freecycle today, within half an hour 2 of them were claimed and another half hour later one had left the property. We no longer have a big oil fin heater; last used about 5 years back which worked fine then and has been in the garage since. 16 wineglasses will be going to their new home on Wednesday; the new owner lost all hers in the quakes; ours haven't been used more than 3 times in the 12 years we've had them.

Most of the big stuff from the garage is now in storage, spent 4 hours yesterday working on that, well, 6 actually but we only had the trailer for 4 of those 6. Still a few big things staying here; the ladder for one, the workbench as it won't fit on a trailer and one big storage unit which we'll have to trundle out of the garage and into the deck area. Still quite a bit of stuff in the deck, but that's all things that will fit into the car so I'll take a trip or several during the week. In particular the bigger tools have yet to go, but one trip should take care of most of them if I take the carseats out. Luckily I am capable of opening the unit up, it's a storage container and the levers are a little stiff.

On the crafting front there's not a huge amount happening due to all the tidying I've been doing, but I have cast on for another item. I signed up to do a test-knit of a cabled vest for children. I'm doing the size 7 in a longer length for George. He seems to prefer vests over jerseys and I'm happy to accommodate that. 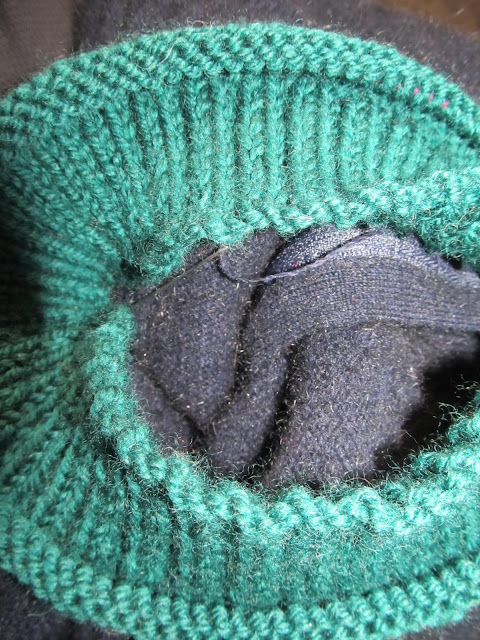 I'll be working on this only until it's finished; hopefully once this is finished I'll get something else finished.   Thomas would like his socks.
Posted by Rachelle at 6:12 PM