Just a short post, about to head for bed so I'll be asleep when the clock ticks over.

This year has been another surgery, more changes than I expected and I read 131 books, finishing with this one: 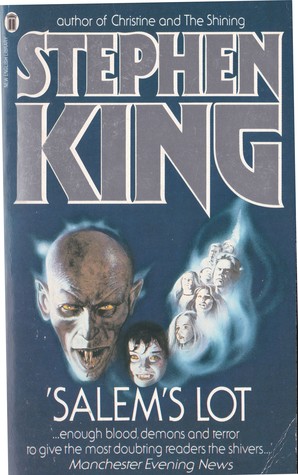 Well that was unexpected!

As you know I had surgery on 20th November, I'm still recovering but thought I'd better do a little post to say how things went and how they're going now.
I was first on the list for the morning surgery, so arrived just before 7am, got into my room, got prepped and was in surgery before I had time to worry much at all.   I was set for 2 hours, but have since found out I was actually in there for just short of 3 hours in the end!  I signed a new permission slip beforehand to add in hemarrhoid repair since they'd gone off on me before the surgery and also to allow removal of my final ovary if it was required.  I didn't expect it would be though.

Woke up, got told that in the end the ovary had to go as it was supporting a cyst of 8cm which had grown 3cm in less a little over a month and there were concerns about that rate of growth.  My colorectal surgeon had consulted a gynae surgeon and the recommendation was it come out.  I got to see photos of my insides afterwards too; that was actually very interesting!   The cystic ovary was adhered to my ureter and a bunch of other stuff on that side.  The other side had an endometrioma and there was some adhesions around the bowel as well which he also dealt with.
On top of that the rectocele was repaired and so was the hemarrhoid issue.  To be honest the hemarrhoid is the hardest to cope with, it hurt way more than the rectocele repair or even the internal stuff.

The good thing is all the test results came back without any sign of cancer; yay!  I was delayed coming home due to my waterworks ceasing functioning with all the swelling so had to be taught to catheterise myself and I developed a UTI.

Now that I'm home I've got aches and pains, going to the loo is still unpleasant, but definitely improving and I'm starting to get pain from the abdominal stuff now that the external pain has quietened down a little.  My left side in particular is achey, and I think that's muscular, tends to be worse in the evenings when I'm getting tired.

I landed in ED on Monday night, sudden onset left sided chest pain so of course they were suspecting Pulmonary Embolism so lots of tests which luckily showed it wasn't that or my heart.  It's unexplained still, but not dangerous; quite probably musculoskeletal.

So, on the good side - the UTI is now gone; yay!  Bum hurts less; yay!  Side and middle hurts more (an achey hurt so not the warning type) and I can't do much other than Xbox or knitting or reading and I'm bored out of my tree.  But I'm on the road to recovery; the insurance claim is in ($4K higher than expected) and I'm hoping it will get paid next week so I can buy my husband his garden stones with our part of it.

Hoping to get to try driving next week; should be healed enough for it by then.

Posted by Rachelle at 7:30 PM 2 comments