Youngest might go to school tomorrow, he had another attack on Tuesday and eldest came down with it on Monday.  Dh and I have to go to school tomorrow anyway to meet the dean about concerns with eldest, not looking forward to that.  What can you do about electronics addiction when school insists a BYOD is necessary?  Oh, and social issues, but that's how his mild ASD presents and we've never been able to source any support for that that's affordable.
I haven't rung EQC yet, but will be hearing from the company that did the original repairs on Monday so I'm going to try to ring EQC today or tomorrow to find out where to send any further information.
One good thing though, the reinforcing mesh in our garage isn't part of the affected lot, it's locally manufactured.

I've gone back to doing jigsaw puzzles and spinning over the last couple of days to help maintain sanity.

It's been a week now and barely left the house, it's like the school holidays but so much less fun!  Dh was in Auckland for half the week, youngest was at home with gastro.  Finally had 48 hours clear and sent him to school and got a call to pick him up again while I was nursing the car home from Ohoka.
This bug takes 72 hours to come back and haunt you it seems, he won't be going back to school till Tuesday.
The car had to be taken to the mechanic, lost a cylinder.  My mechanic is wonderful though, 6 hours after I dropped it in he had it running again.  She needed a new cable to a spark plug and it was really lucky it got fixed cos then Dh had to do an emergency job for judo.
I really, really hope this coming week is better.  I do have a few things to do though, got to contact someone about the shower's failed EQC repair and I need to find out if our garage is affected by the reinforcing mesh issue.  I also need to deconstruct this computer and remove dust, the fan is struggling again.

I have got some sewing done, no photos yet though as it's a birthday present so I can't post till the birthday boy has received them.
Posted by Rachelle at 7:19 PM 0 comments

I cut out and sewed yesterday afternoon a pair of shorts that met the criteria (shorts with a fastening in woven fabric), this morning I finished the handsewing and this is the result. 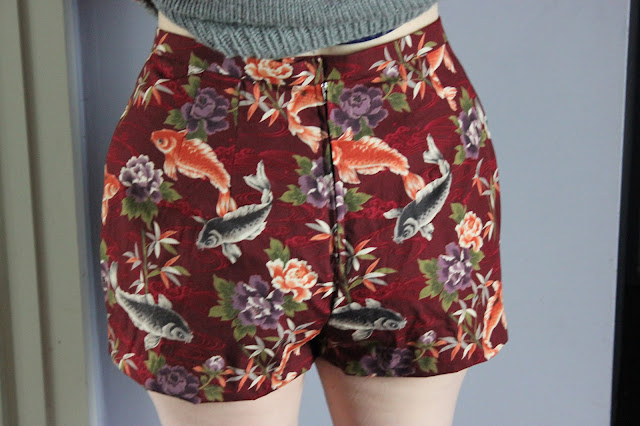 The pattern is McCalls 2157 which is now discontinued unfortunately.  I will be using it again.

I've also got more done on my knitting
I've also been playing with the macro lens again.   Downside with that is by the time you get it focused on an insect it moves.

Posted by Rachelle at 1:46 PM 1 comments