A pretty good day despite my lack of sleep; we got to bed at midnight but the neighbours got to bed sometime after 4.45am on Christmas morning.    I woke up at 6.52am, so was running on approximately 2 hours of quality sleep.    Could explain why I found lunch a little harder than normal and why I got grumpy when we tried to leave lunch to go home and delays kept cropping up.    I also got more than ordinarily annoyed at Dh when he left the door and then the gate open and let out SIL's neurotic dog.  He's a rescue dog and tends to bolt when given the opportunity.  We did get him back, but unfortunately it has reinforced Dh's belief that dogs are a pain.

I started the day well at least; did my Christmas run and came home and told Dh I needed proper running shoes ASAP.   The boys loved their stocking contents (books, M&M's, bubble mix and stickers); they really loved their main present (a new bike each) and then it was topped off with book vouchers from my parents.

Then off to MIL's where they got t-shirts and a game or book from their aunt, more books from grandma and grandad plus a construction toy each too.   We got a very cool windchime which is still in it's box due to the weather, I also got some very nice gardening gloves and Dh got a LOTR chess set which has seen several games already.

Boxing day saw us head out to The Colombo to get me new running shoes (my birthday present from Dh); tried them out this morning and after an initial case of more pain than the old ones they settled down pretty quickly and my feet feel better now than they did before the run!   I'm also now halfway through the C25K and have been out in both rain and shine so far.  Feeling pretty good about it so far and looking forward to being fitter and getting more energy too.
I've also got a package to open from Dh which I know includes yarn and a skein winder, plus the Vintage Purls Christmas club that I might have bought by accident (no judging here, was ordered before the yarn embargo starts)
Not much knitting going on right now, hands and arms are still complaining after the socks I was knitting for Dh in my last post; those have now been frogged due to the pain issues with them and the fact that they didn't fit right once the heel was done.  I do have a new pair on the needles for him, which is in fingering weight and much less hard on the hands.   Still taking it easy though.

Spinning wise, I've finished spinning the mystery man-made fibre from the Advanced Spinning group into quite a nice 3-ply yarn.   Really happy with it and looking forward to finding out what it was.   It goes a bit funny with heat and moisture (spinning on a warm day with sweaty hands), but still has a nice sheen.  I'm suspecting maybe it's a corn based fibre.
Now I think it's time to get back to cleaning up the sewing room, it is improved somewhat but still a wee way to go.    Then I want to pin-fit the bodice lining for my polonaise.
Posted by Rachelle at 2:58 PM 1 comments

I've cut out the lining for my polonaise, but got no further due to a lack of space in the sewing room.  As a result I think I need to stop my sewing for a bit so I can find my sewing room.   So, there may not be a finished item for the next challenge.

I've started the C25K again and finished week 3; really enjoying the zombie version.   Only problem is I've got one sore foot, T reckons it's because I'm not used to running; I don't know what caused it but it's bloody annoying!     Still going to continue though; I'd love to be able to run for 5k's without stopping.   Should be easier once I'm over this cold too, running does knock loose some of the crap in my lungs which is definitely good.   One question though, in what universe is it fair to get hit with hayfever while suffering from a cold?

Garage is now awaiting the blocklayer who should be starting on 13th January; then the actual build of the metal and wood parts will start on 27th January; we'll be all done by the end of February and then the driveway can be laid.    We'll be lifting the old cobbles and using them to make raised beds and a few other bits and pieces; a friend wants some too which will mean we'll have less to find homes for after it's all done.


We're getting to that point in the year when I start thinking about what I want to achieve next year and have come up with a few things I want to concentrate on.

1.  Fitness - C25K is a big part of this, but I want to improve my diet as well; no point in that till Christmas is over but will continue the running, even on Christmas day.

2.  Financial - I want to continue saving money, I'm currently saving up for a new sewing machine and also a cutting thing for T.    Also will be wanting to make a big dent in the mortgage we'll have once the building is finished and of course some work that we need to do on the house (repaint roof, replace shower) which will be expensive.   Ultimately I'd like to double glaze too, but that'll be nasty expensive.

3.  Crafting - I want to make this the year of "craft from stash".   There may be exceptions; for a start if anyone gives me a voucher I can use that, also if something I'm making needs an item I don't have in stash I can get that too (for example if a zipper is needed and I don't have one in the right colour or one that's long enough).  But no more buying things to add to stash, if it's not going to be used right away I don't buy it.

I think that's enough for the moment, if I have too many plans nothing will get done, but 3 seems like a good number to me.   It's the number my gran always considered lucky too.
Posted by Rachelle at 12:07 PM 4 comments

All finished and I'm really pleased with them.   They won't get worn for a couple of days due to what I've got to get done.    Today I'm installing the new letterbox and tomorrow despite my cold I'm determined to do my C25K run. 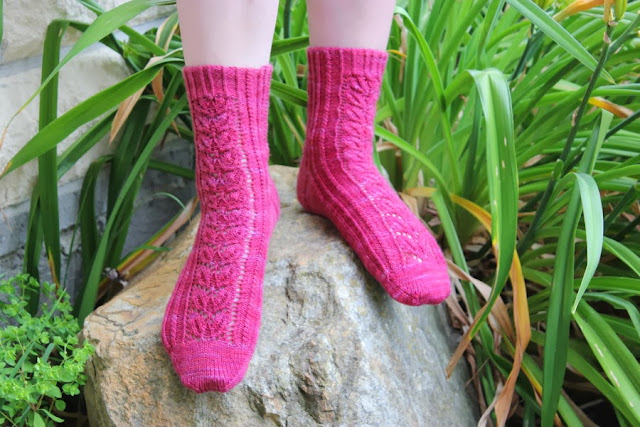 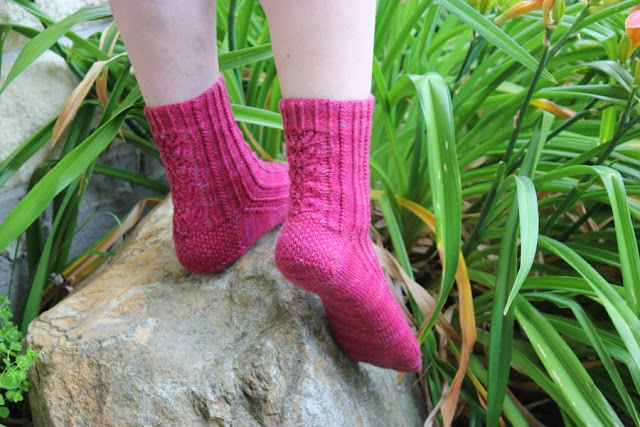 Aren't they pretty?
Posted by Rachelle at 11:44 AM 2 comments

Fabric: Silk playsilk, cut down as too big originally.

How historically accurate is it? Pretty good I think, mostly handsewn, though I did use some of the existing hem on it when I cut it to size. Fabric was a playsilk and the thread is silk. I'd say 90%

First worn: Not yet

Total cost: nil, all from very old stash
Obviously my phone camera didn't focus as well as I thought.   It turned out pretty well though, the original playsilk was rather too big so I cut it down, keeping 2 sides hems to reduce the workload; then re-hemmed the remaining sides.

Still to do:
- replace the plastic tubing in the panniers with steel boning
- make mitts
- make stockings (a lot of knitting for this one!)
- make the polonaise (still working on blowing it up onto hand-drawn graph paper)
- embellish said polonaise (going to try tambour on this, just got myself a needle holder and
needles,  plus some beads that I have to string)
- some sort of headgear; will require research first.
In other news our garage slab is mostly done; the guy is finishing it off as I type, but this is what it looked like a couple of hours ago
School is almost done for the year; one week to go and both boys have lots of swimming stuff happening.   Ian's special teacher is done for the year and we won't see her again as she's been reassigned; very sad as she was lovely.    She was in tears on the last day.  She did like her gift though, as did all the teachers and teacher aides working with my boys
I will make another batch once I get some more coconut oil, this lot will be for my female relatives.


Still working on knitting socks too.   George's first plain vanilla sock is finished, it fits and is comfy but "too hot for summer mum"; so the second isn't urgent and I'll cast on for it once I've finished my test knit socks and one pair of colourwork socks too I think.    Next knit planned is a shawl Aurora Australis for me in red; I need a red shawl.
Posted by Rachelle at 1:41 PM 2 comments