I think the first update has to be on the Tom Cat. He got to the cat shelter and then escaped from his cage! He's not been fixed, they've set up loads of traps to catch him and I'll let them know if he turns up here again. He's a wiley wee sod, got to give him that. Apparently even if he doesn't get trapped over there he certainly won't be short on food.

On the garage front we still don't know what's happening; this is what it looks like at the moment. 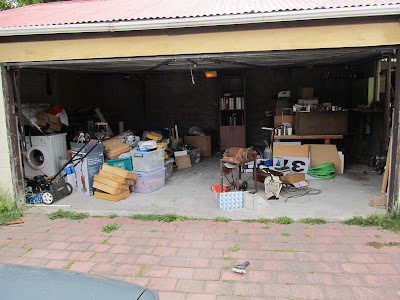 We've got approval from insurance to put the stuff in storage; we are on a wait list for storage which will probably be around 3-4 weeks.  We'll have to wait and see.
I've rung EQC again, no response from the chap who came out to look, so rang the main number who have (I hope) referred it urgently to Fletchers.   I rang them yesterday, so I'll give them a week before chasing it up.   We were doing some measuring last night and Thomas leaned against the worst wall; he wasn't thinking, but it moved and you could hear it too.   Not a good thing to listen to.

I've not knitted much, but I have finished the crocheted dishcloth for Thomas' Mum.  It turned out quite well luckily, though I did have to add to the side edge as it was getting too long. 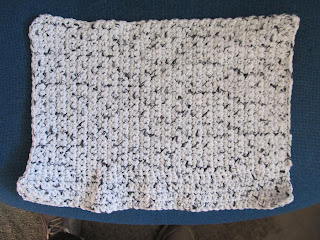 I'm now about to get back to the spinning for a bit while watching Black Swan.  I'm still working on the same as last time, except the bobbin is almost full 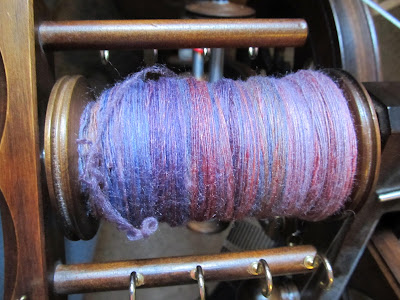 and I still have this to fit in there; don't think it'll make it, but I'm going to push it as far as I can. 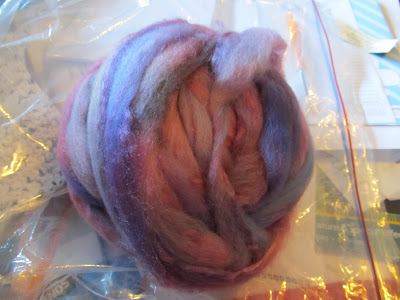