Look back over your last year of projects and compare where you are in terms of skill and knowledge of your craft to this time last year. Have you learned any new skills or forms of knitting/crochet (can you crochet cable stitches now where you didn’t even know such things existed last year? Have you recently put a foot in the tiled world of entrelac? Had you even picked up a pair of needles or crochet hook this time last year?

This is what I get to talk about today.  I've definitely made great strides in the last year.   I've done my first adult sized jersey for a while 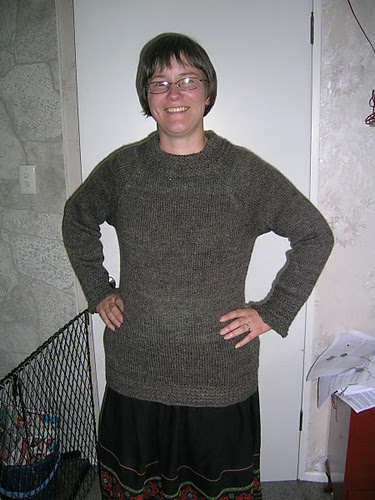 This was my Ingenue, from my own handspun and it's lovely and warm.   I'm still really happy with it and will be wearing it this winter.
I've also made 2 shawlettes, more lace which I'm getting better at with practice; one Shetland Triangle for me and a Swallowtail for my mother.  The Shetland was in my handspun once again, the Swallowtail was in a commercial laceweight singles yarn.   I've learned that I love doing lace and will be doing a lot more. 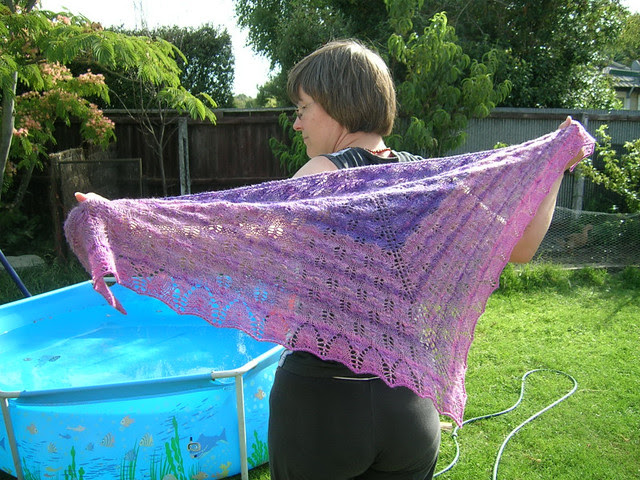 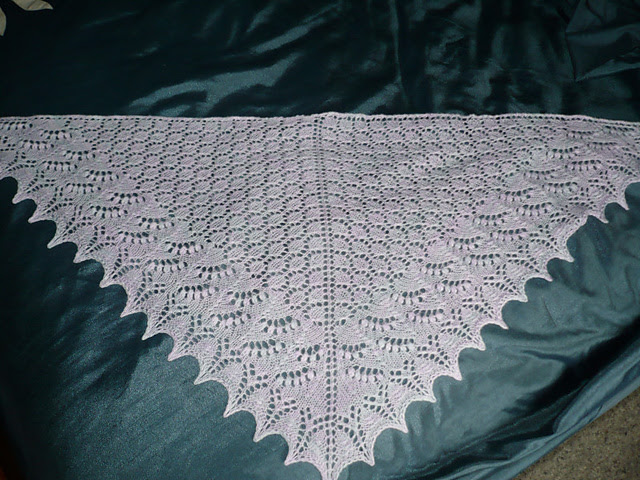 I've taught myself design, admittedly it's small, but I couldn't find the pattern I wanted so I made my own, knit up several of them, got it test knit and released it.   I think I've sold about 4 copies, but that's ok, it's the beginning of something and I'm currently working on another design. 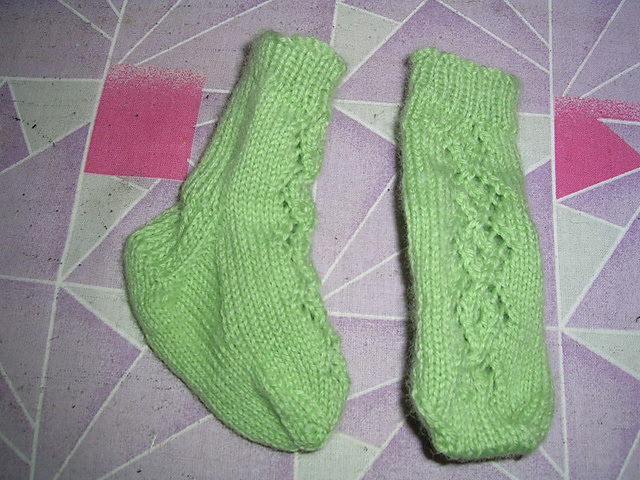 These are my Lace Chain Baby Socks,  they come in a couple of sizes and fit really well; I've been told they don't fall down which is important in socks for babies.
I'm currently working on a finger up mitten pattern as a base for colourwork; once test knit in the original size it will be available free until I've managed to work out other sizings, including childrens sizes.  Once the full size range is sorted then it will be a pay pattern.   I'm really enjoying this learning to design thing, it's been great fun and now I can call myself a "designer"!

The last thing I've learned this year was stranded colourwork.   I joined the Vintage Purls sock club for winter 2010 and the second release was a pattern called Bug Out Socks.   I started on it almost immediately and this was the end result 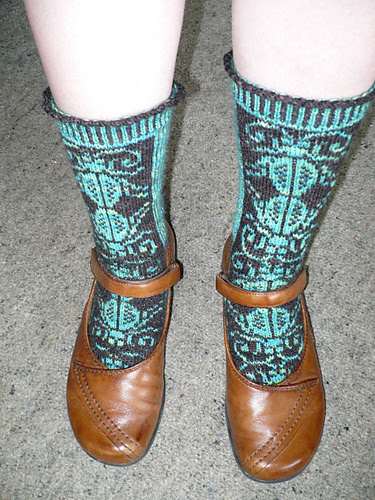 My tension isn't perfect, but for my first ever colourwork I'm happy.  I'm also planning more, the mittens mentioned above are using Morag's charts and I have the kit to make a vest, the Knit Camp Vest.  This is but a stopover on the ultimate plan of knitting Henry VIII by Alice Starmore, I also have the kit for that, not sure if it'll be this year though.

I've already finished 3 jerseys/vests this year and am working on another vest at the moment.  Once that's finished then I have a fitted jersey to knit from a silk/cashmere blend and a shawl most likely for a test knit; both those have time limits on them.   I'm also working on a hoodie, a pair of socks, the mittens and a shawl and I have a queue.   Hoping to finish at least one of these items in the next week, probably the vest, then back to the mittens until I have to cast on for the others; there will be a swatch too for the sweater.  I've learned that swatches are a good thing, my swatch for the yarn I'm doing the vest in determined that it wouldn't work for the original pattern I had in mind.  That saved me a lot of knitting.
Posted by Rachelle at 10:25 AM

You've made some pretty awesome projects!

those bug socks are :O, but I think I like the sweater best, it looks like it will get a love of use and love

Love your socks they are really great.

Ha, those socks are amazing! Love the colours you used too, but the pattern is hilarious :D

Wow stranded socks. I'm not sure I could ever contemplate trying those. They look amazing.

Your FOs are all great, I especially love the bug socks. I am also in awe of the amount of spinning needed to make a whole jumper, something to aspire to I think!

It's already received a lot of love, it was my main jersey last winter and is lovely and warm.

Thank-you, always nice to have your work appreciated :)

The pattern for the socks was done by the amazing Morag of Vintage Purls (www.vintagepurls.co.nz), should be coming up for sale in a few months. I can't even take credit for the colour choices as the yarn came with the pattern, but was great fun knitting it.

It surprised me how easy it was, I knit 2-handed; I'm normally an English knitter and it went really well, tension is the main problem, but that's resolving with practice.

Thankyou Halfpint, I still have yarn left over from that jersey and I'm rather in awe that I managed to spin that much! Normally I get bored and move onto something colourful.
I do have more jersey lots to spin though, some even in colour!

Well, I must be the contrarian here - I love the sweater AND the fact that it's your own handspun. Wonderful!

Love the shawlettes, too. :)