Today our garage disappeared.   I took some wonderful photo's and some great video, but as all the video has the builders faces at some point I don't feel right posting that.   I've gone hunting through the photo's for those which don't show faces and here they are:


So now it's a matter of getting a few more quotes; well, 2 actually.   Waiting on Skyline who are drawing them up and Versatile to actually come and take a look.  No real decisions can be made until those are received.  At that point we have a meeting with the EQC chap and see what figures he's using and make sure they will cover replacement.

Hopefully now I might have time to do some crafting!    I'm 1.75" off dividing for the sleeves for George's vest and it's looking good.  Now, if I could find my 4mm metal tips I'm sure it would be going faster, but they're hiding really well atm. 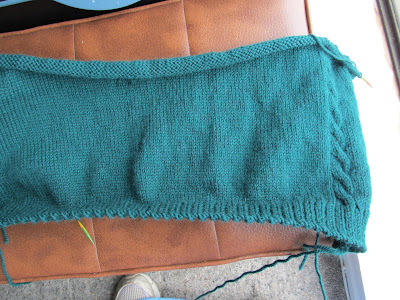 I'm also going to be doing some more work with this: 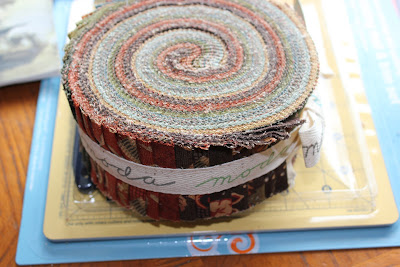 This is the second jelly roll of Arnold's Attic which will be turning into our king sized quilt; these are the blocks that I'm going to be making a heap more of: 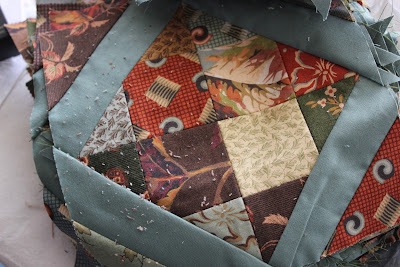 It's all covered in fluff atm, but that will be cleaned up later; all the blocks are random which I really like.

A couple of things arrived today, I ordered a new cover for my Kindle as the one I'd made wasn't really supportive enough so I ordered an Oberon cover which is embossed leather.   Since I was paying post anyway I got a new hairclip as well and another wee item meant for hair, but I'm going to use it on my shawls instead.


I won't be buying anything new for a while, my spending money for the next month went into this, but it was very much worth it!
Posted by Rachelle at 8:38 PM

I love your Kindle cover.....am seriously considering one myself but having trouble deciding on a design ;-) Good idea to use the hair clip as a shawl pin.

It took me a while to work out what I wanted; I chose colour first and then went through a bunch of tabs comparing; each round I'd remove one until I ended up with the above design. I decided it was timeless which is important to me

Yes, the process of elimination seems the best bet - with a Scottish husband and both sons born in Edinburgh (plus I am a kilt maker) I love the Celtic designs but they seem a bit obvious for me. I would really love a purple one but the designs I love don't all come in purple.......wish they would make all designs in all colours, would solve a lot of problems Lol - perhaps I should ask?! I am thinking either purple paisley or blue hummingbirds at the moment.

My husband is of Scottish extraction and so am I which is why I chose the one I did, as well as the thistle hairclip. Thomas' father was born in GB as was my Mum. I seriously considered the paisley too; love that sort of design, but paisley is something I've recently come to whereas the Celtic designs have always been a favourite.
One day we'll have to get Thomas a kilt in his plaid, but it's something that isn't in the budget atm.

wow, isn't it amazing how quick they can demolish something, I guess they are getting pretty skilled at it now though.

Love the colour your using on the vest, it is one of my favs.

They are lovely - Love the clip and brooch to be!