I have to say today was a good day.   A wee bit of a sleep in, and after breakfast and the usual washing etc we went for a long walk for at least an hour and a half.   Was a nice walk, though we saw that the local Catholic church is now cordoned off. 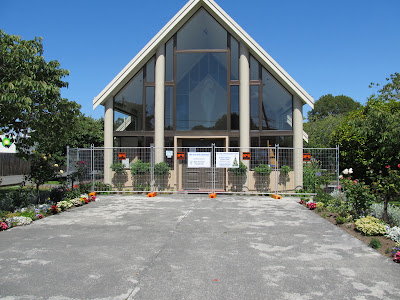 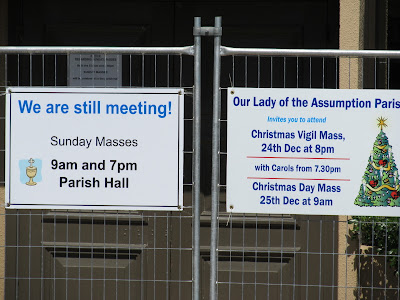 You see signs like this outside of many of our lovely cities churches.  I don't know when this church was damaged as we rarely go around this corner on foot.  We then went to one of the local parks; isn't this the nicest approach to a park? 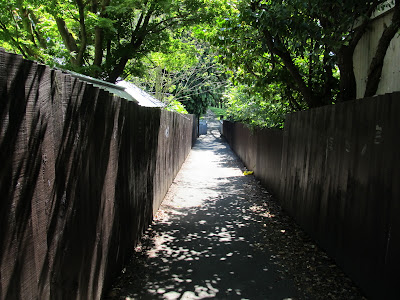 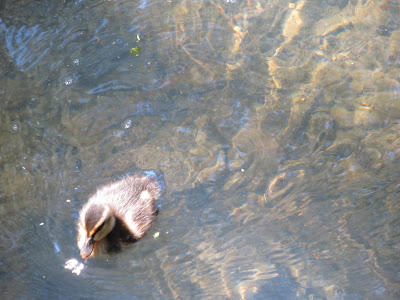 He's arrived a bit late and was the only one there; but oh so cute!

At the end of the walk George got out one of his new toys; we got him and Electric Brain Box and  he had great fun with the helicopter bit 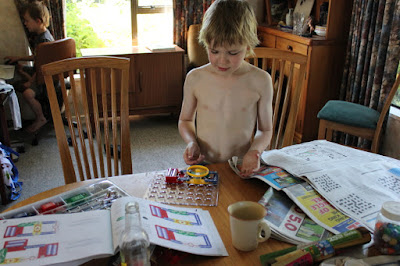 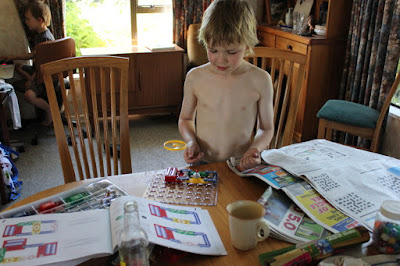 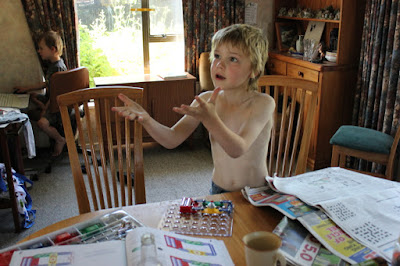 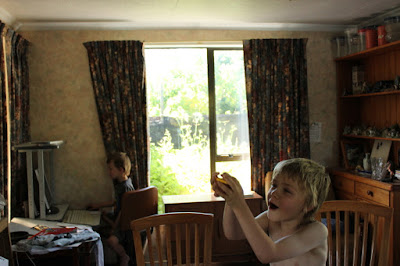 He's just so proud of himself!   He also made a couple of finger puppets from a craft kit; so all in all a great day for him.
I got some knitwear repair done, T's Christmas socks from last year are darned and one now has a leather sole; I'll do the second one tomorrow 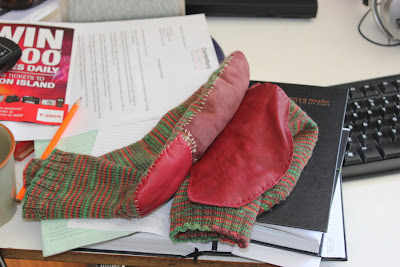 Thomas punched holes in the leather and it's been sewn on using linen thread.   So Thomas is really happy with it and he's also really pleased with his socks from this year too.

I got some knitting done too; Central Park Hoodie with Viking Cables is now past the ribbing on the back and I'm halfway through the transition chart for the main cable; it's looking wonderful! 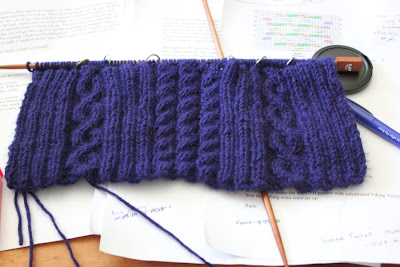 And to finish off, gratuitous kitty shots; doing what all kitties do in hot weather 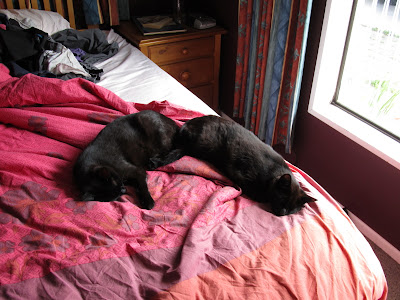 Ignore the pile of clothes; they're waiting to be put away and Ray and Star really don't care about them anyway.

Tomorrow there might be another walk, we need to get into condition as we were all pretty tired after today's effort.   Work off some of the Christmas food.
Posted by Rachelle at 7:48 PM