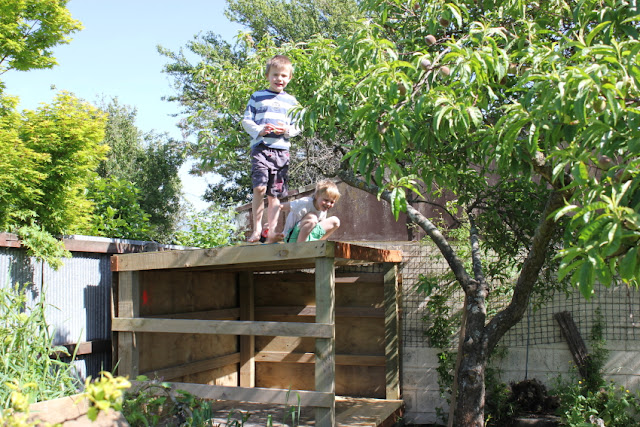 While they were doing that I took some more test shots with the camera; tried out sports mode on Star kitty 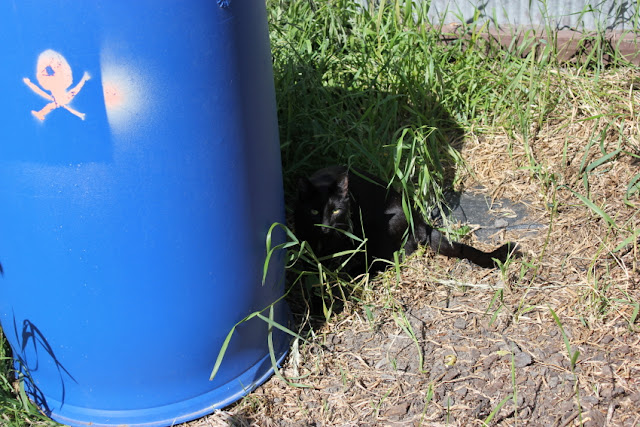 I was surprised just how quickly the next shot was taken, though she had her eyes closed so I'm not posting it here.   I also took some photo's of our Peony's as they're likely to be going, the area they're in is infested with kikuyu grass and I'm figuring that the best way to deal with that is simply to mow it down on a regular basis.  I'll try to move the Peony's as I do love them, but most don't like being moved and of course I'll have to make sure there's none of the kikuyu in there too. 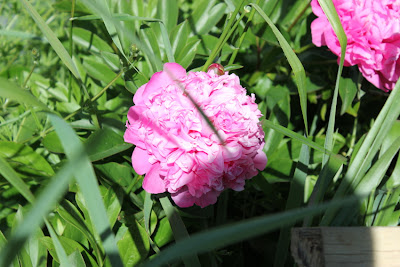 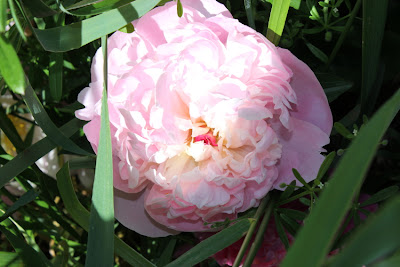 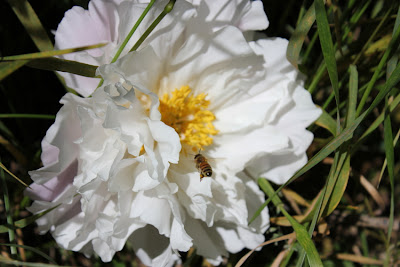 Aren't they glorious?   They do well in Christchurch because we get the hard frosts, this was one of the first honey bees I've seen so far this season which is a worry, though it could be due to the clover in the lawn not yet being in flower.   Love the photo's this camera is taking, that bee was really clear!

The painting didn't last all that long unfortunately, Ian started painting his brother and he was just globbing the paint everywhere so Thomas stepped in; this is what Ian looked like at the end 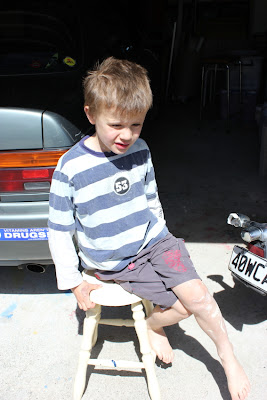 it's too bright to really see, but there's paint on his face, legs and all over his clothes.  He then tried to take my camera to take a photo, but for some strange reason I wouldn't let him.   No way he's getting this camera to play with, I might let him use the point and shoot, but not the good one.

Spent the afternoon working and then got some plying done.   I've plied off some leftovers at the end: 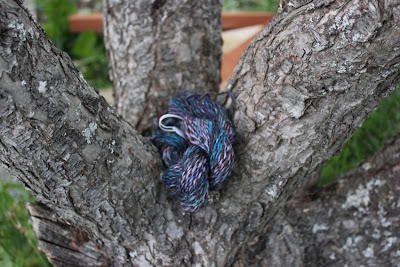 This is 66m of Alpaca/Merino/Mohair plied with Merino/Silk.  Yummy! 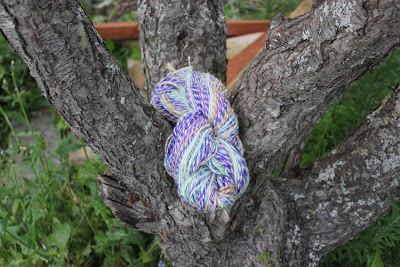 211.5m in this one, I don't know what weight yet, will know after it's washed and whacked later in the week. 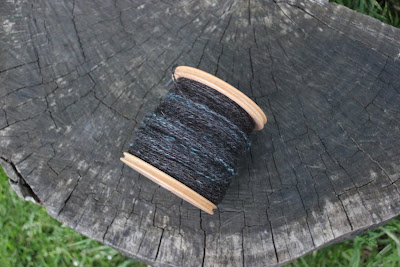 This is Alpaca/Mohair/Merino and is plied, but still needs skeining up.  Loving the colours in this, reminds me of oil on the water.    Hopefully I'll get it plied tomorrow.

In knitting news, Thomas' final sock is now past the heel turn, yay!    So just 35 rows of stocking stitch then an interminable amount of 2x2 ribbing to go.   I'm hoping to get it finished this week so I can cast on for the Baby Surprise Jacket.

School again tomorrow, not sure about soccer for Ian at least as he's got a nasty cough, it's not too bad during the day but tends to kick in during the evening and I suspect that vigorous exercise is not ideal.   Got Ian's student led conference after school too, that'll be interesting.
Posted by Rachelle at 9:03 PM