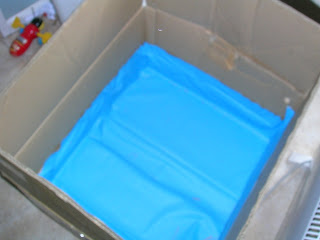 Day 2: Put them outside for what I planned to be the whole day, and then the southerly blew in! I was out at the time but as soon as I got back I took them out of the cage and back into the box for inside. Put the heater on for them while they dried off and a bit longer, more food etc. They were very hungry first thing! Spent the rest of the morning fixing up an interim inside box using an old cardboard box (a big one) and lining the bottom with some Procare PUL to waterproof it. Hot glue gun holds the waterproofing in place and then I covered that with an old woven plastic sack. They look happier in that, more room to move which is good. 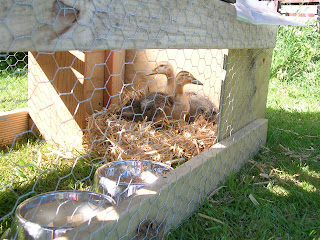 I've just put them back outside for a bit and they're splashing around in their mini-pond (litter tray full of water, lol). In the meantime the sack has been rinsed off and is on the lawn drying. It was very mucky so I think I'll have to wash it every day if possible. The water bowl gets several cleans and fills each day too. They'll get one more feed before they come in and any food left over from the evening will go in with them for overnight. In a couple of weeks we'll transition them to sleeping in their box on the deck instead of in the laundry; it's getting a bit cramped in there.

Here's the cage just after I finished making it 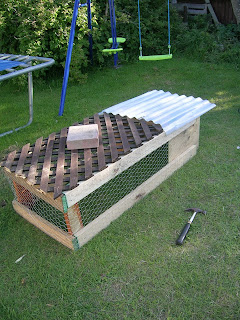 The other night the boys got to use sparklers for the first time, I think they enjoyed themselves! They've been asking for more ever since. 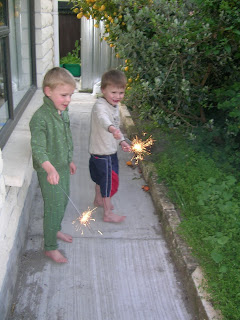