For George this started on Thursday 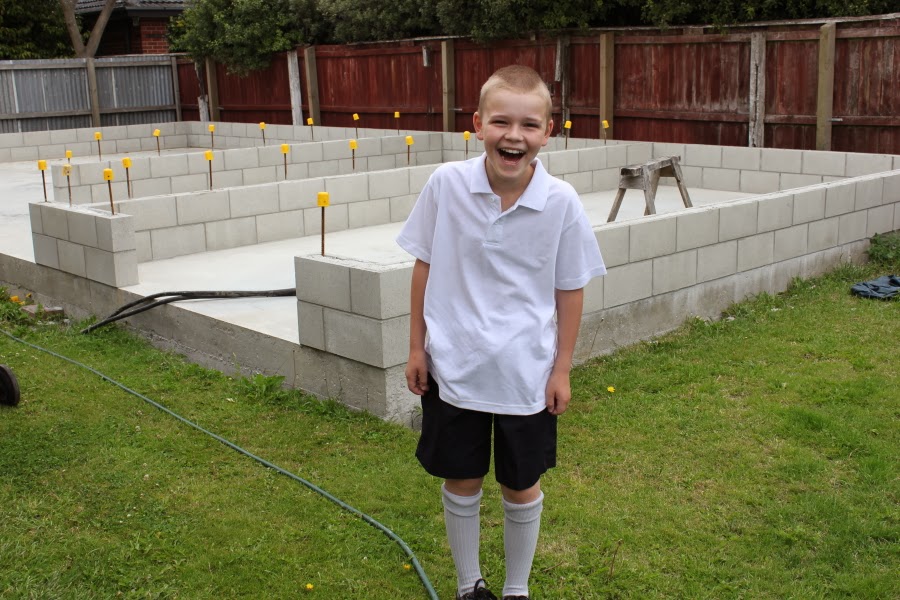 He's loving it so far, and Ian starts back tomorrow.   George has short days all this week so I won't be back to normal for another week.
Still been getting a bit done though. 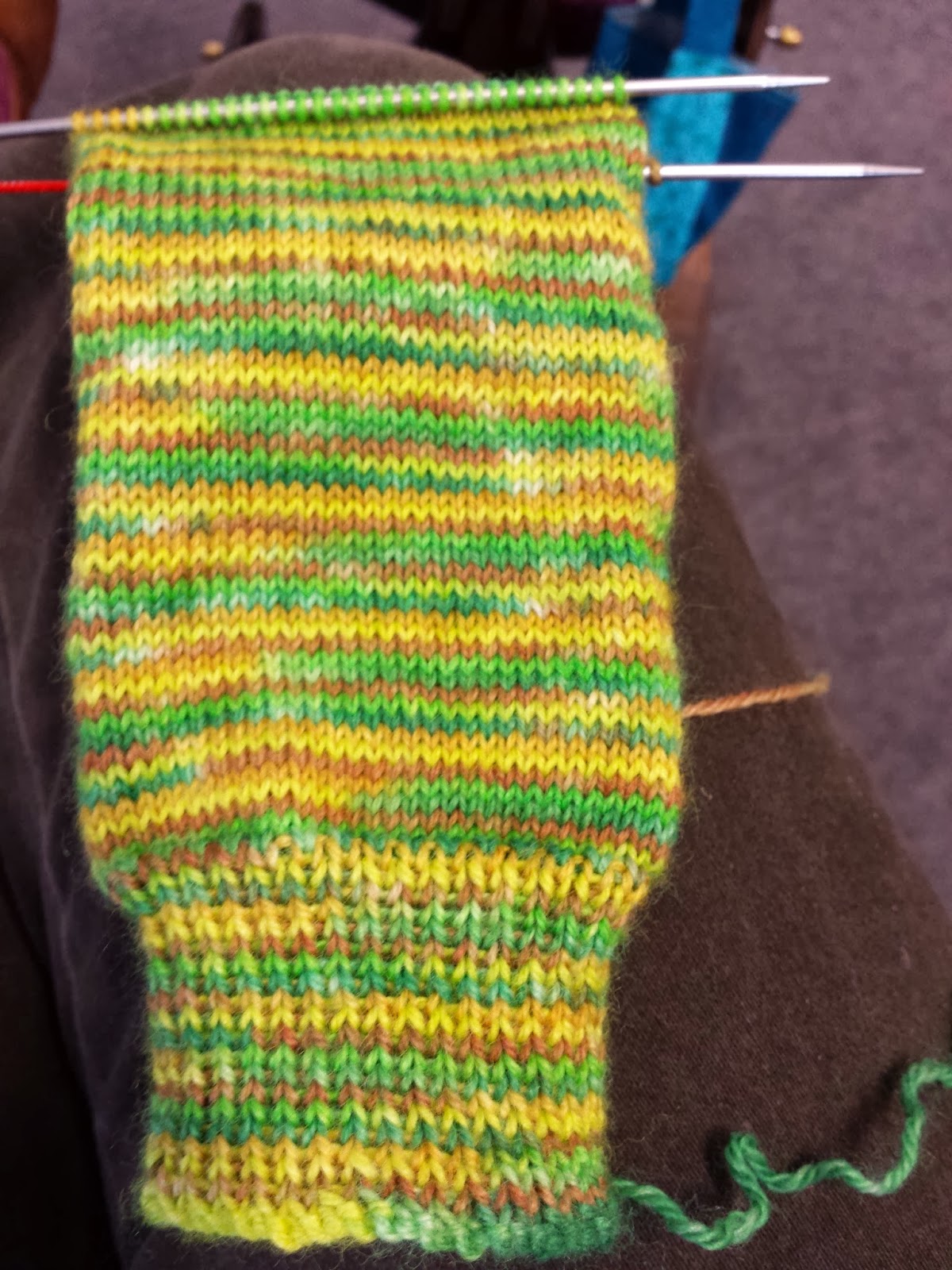 I love the way these are working up, luckily so does he.

I've also prepared an old pair of socks for repair 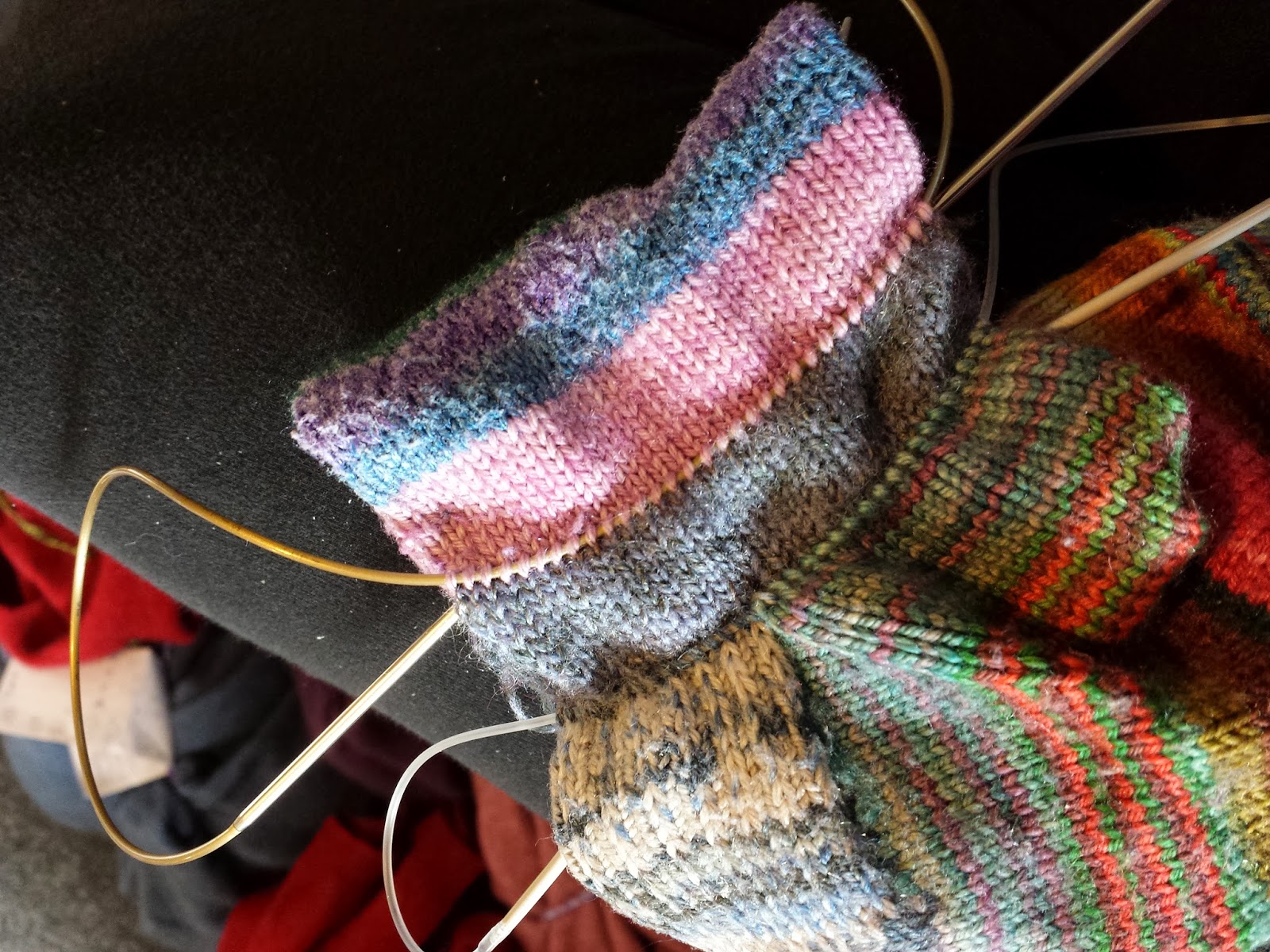 That bit in the middle has now been removed and I'll be knitting up 10 rows to replace it and then grafting the two bits together.   The yarn had blown out on the other side; downside of handspun that wasn't intended for socks.

I've cast on for the hat, but nothing to really show yet; next post will have that for you.    Might be playing yarn chicken though, the pattern says it takes 165m of yarn and my ball has 150.   Fingers are crossed, especially as it was the last one they had in stock.

Made good progress on my challenge #2 for the Historical Sew Fortnightly though; my Calash is looking pretty good. 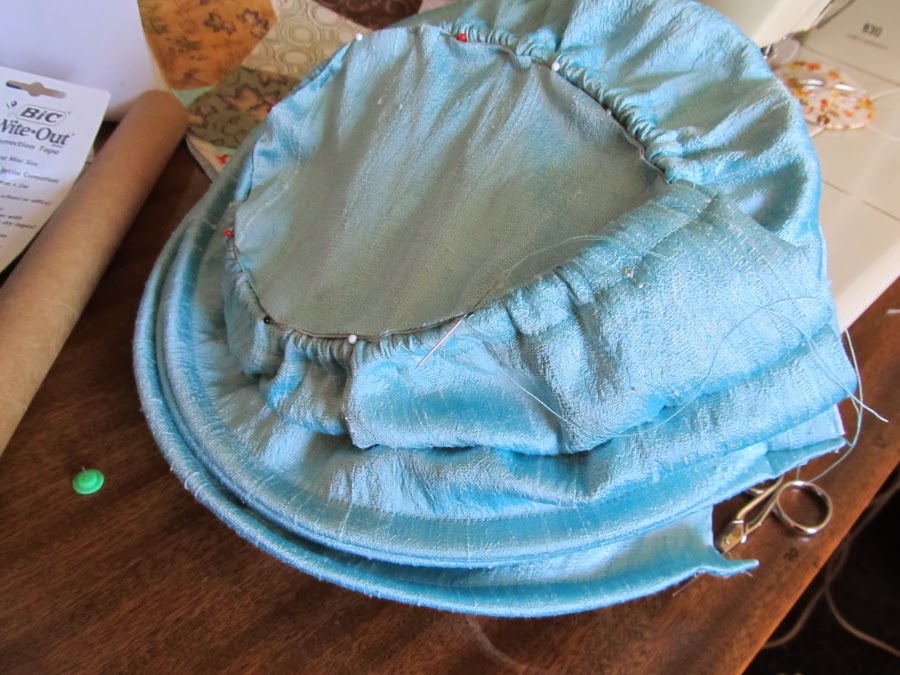 The colour here is very washed out, in real life it's a brilliant turquoise; think Caribbean beaches.  I'm in the process of sewing the back on at the moment, then will bind and gather the neck area before putting on the neck frill, the ties and the back bow.  I tried to follow an online tutorial, but so much was missing from it that in the end I looked at extant examples and just followed the logical path.

did you dye the green and yellow wool using the food dye technique? my sister in law has been advocating that method recently and the colours see produced were very similar :)