Well, it's not officially summer yet, but it sure felt like it was!  The wind wasn't as bad as the last week and we hit 22 degrees, it was really hot in the sun.
We spent part of the morning at boot camp working on our fitness, I don't think I will ever enjoy exercise, but I do need to do it.  Sleep better and other things work better too.

After we got home, had lunch then straight back out again.  We went to Willowbank as planned and while some of the animals we normally see weren't too bothered about being fed we got some great photos.  I wish I had a DSLR, the current point and shoot really doesn't do a good job on things like wallabies 20 metres away; I wanted a photo of that one as she had a pair of back legs poking out the top of her pouch.
We did get some photo's worth showing here, the first one is of turtles, normally in this pond you might spot one in the water, today we counted 7 of them, 2 in the water and 5 on the shore 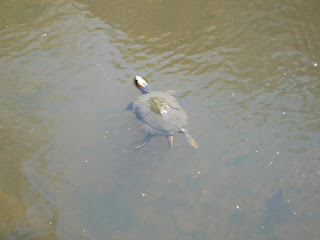 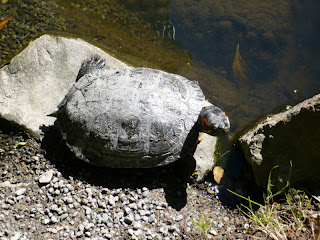 Next up was the otters, when we're earlier in the day we often see them sporting in the water, this time we could only spot one, but he was a complete ham and really knew how to perform for the camera.   NZ's top model, here's your next contestant, selling pond scum! 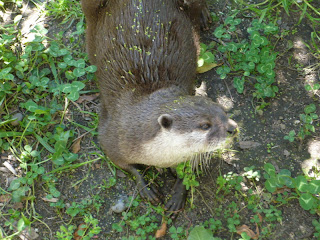 Next up was the farm area, and we were greeted by these cuties; they're so ugly they're cute and they love being fed! 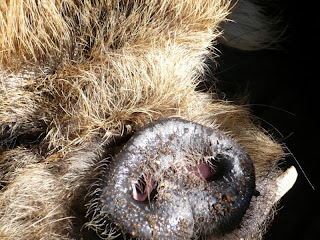 How about that nose?  And then there's the hungry version. 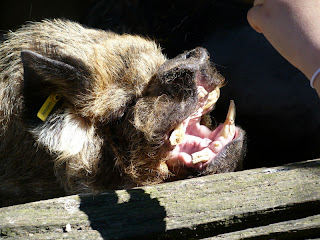 Those teeth look pretty formidable!  You kind of drop the food in from above, it's the safest way.   The sheep, llama and donkeys were really polite about their nibbles, these guys on the other hand....

On the way through to the native area we spotted this guy, he was hungry too, but a lot more delicate about the whole thing than the pigs. 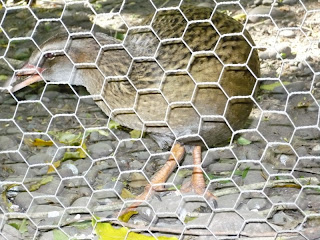 He's a little harder to see on the other side of the mesh, but this wee guy is a Weka, a flightless NZ native bird.   Apparently there's some guy who wants to breed these guys for meat.  Not sure that's right, but if it boosts the numbers I guess it's not all bad.  At least if they escape into the environment they won't cause the damage that possums did.  Still seems wrong eating our native birds, after all that's how we lost the Moa.

Getting off subjects that are a little controversial and our final picture is of a beautiful white heron at rest, seems the right way to end this blog post seeing as my boys are about to head for bed. 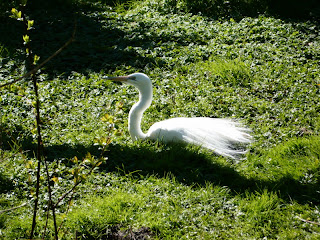